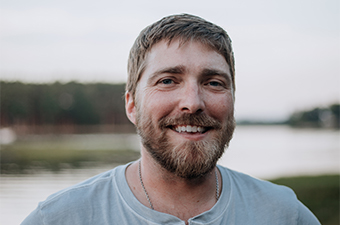 Scott Braseth has a hands-on appreciation for life on the sea and how it can improve a person.

A summer project after college building a boat with his father turned into the start of a career of building boats.

Scott attended the International Yacht Restoration School in Newport, R.I. then spent five years working as a shipwright in Greenport, N.Y., building and restoring some of the finest wooden racing yachts from designers such as Herreshoff, Fife, Luders, and Gil Smith.

In 2015 he returned with his wife to Portsmouth, where he continued working as an independent shipwright, and later as an ABYC certified master technician, specializing in wiring and marine electronics.

His boat-building projects have continued with what he calls his “own little fleet” of wooden boats that include a 15-foot wooden skiff built with his father in 2006 (their second), a Beetle Cat sailboat, and a 1950s era 30-foot wooden lobster boat.

Scott’s involvement as a member of the Piscataqua Maritime Commission Board of Directors affirms what he describes as a “tangible link” with the region’s rich maritime history.

“By giving people a first-hand experience of life aboard a ship, whether by touring one of the tall ships or through an actual sailing excursion, the PMC is able to bring a piece of history to life and perhaps instill a bit of perspective within people,” says Scott.

That experience for people doesn’t get any more hands on than the Sea Challenge, a PMC program that offers underserved youth in the area a chance to participate in a week-long educational and experiential voyage aboard a tall ship.

“The Sea Challenge program in particular is an amazing opportunity for teenagers to step outside of their everyday routines and not only learn a bit of seamanship, but also develop important life-skills and personal growth,” says Scott.